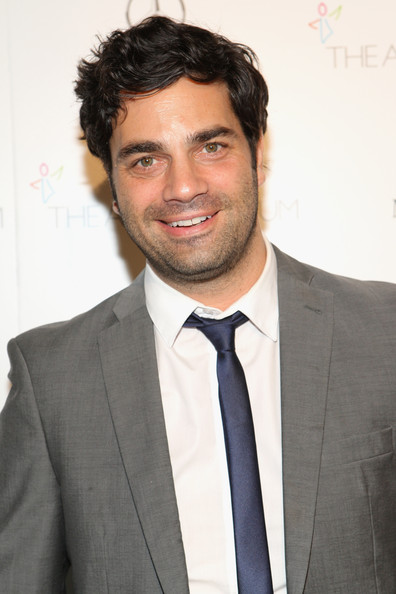 Michael Masini got his most recent movie AMERICONS into AMC Theaters. That is quite a feat less than 1% of independent film makers achieve. The total shooting budget for the movie was 185k and getting a theatrical released movie on that budget or any budget is quite an accomplishment. He and 3 other actor/Producer friends adapted the leads true story into an independent hit. “We just all pulled together and we have many contacts we just got people excited to be a part of the project and brought the best people to the table even if we had to wait for them to have free time”. People seemed to really like the project and wanted to be a part of it stated Masini.
We did our Final sound mix at Paramount Studios and we just kept branching out with all of our connections. I think people really gravitate towards true stories”. I know I do, there is just something more tangible about it. And everyone was either directly or indirectly connected to the mortgage crisis of the late 2000’s”.

Michael Masini started his production company with his good friend and fellow actor/producer Matt Medrano. The two of them met while acting on set for a TV show “The Protector”. They both wanted to make movies and Masini came from a background in finance and Film Sales working with Archstone Distribution for a few years he knew the ins and outs of what it takes to give a movie the best shot at getting a theatrical release. I’ts still not easy stated Masini even if all the elements are in place. But you want to make a movie that is sexy, have movement and action and a great underlying story. That is quite a feat for modestly budgeted projects to compete for Theater Space with highly marketed big budget studio films so you also need to define your niche”. He did just that nabbing a spot on the big screen alongside such blockbusters and Studio films like AMERICAN SNIPER, TAKEN 3, SELMA, BLACK HAT.

We just like to make movies and they can be made at any level, but you need a lot of elbow grease, tlc, and a little extra time to give them a shot at the theatrical marketplace. It is quite a feat getting any movie to the big screen especially a movie that cost less than one day on set for their competition. Once Masini learned how to navigate the sales and distribution side he wanted to start a company that helped Film makers and writers and Actors that want to put their projects together and advise them on how to give your movie the best shot at getting a theatrical release. He really put his money where his mouth is with Americons and did just that.
Michael Masini is currently developing several other projects for both the big and small screens at varying budget levels from studio partnerships to the grass roots fils he says they are all the same and have their own obstacles but the great fun about the smaller budget projects is the teamwork. Everyone that’s involved is in it for the right reasons because no ones is getting paid a whole lot so you need to be in it for the benefit of the project. you also need to find the same teamwork on bigger budget projects and everyone does the smaller ones with the intention to build credits and a reputation to get bigger jobs and prove you have the stripes to get things done.

Other projects Masini is Developing as an Actor/Producer are: “Fat Cats” about the biggest jewel thieves of the 1970’s, “Diamond 5”, “Aces & Eights” about the fast life of a compulsive gambler. “Runners”, and “Shadow People” a scifi thriller about a persons alter ego and how it plays tricks on them. “Pops Diner” a tv series about growing up in New Jersey and “Bounty Hunter” about 2 brothers who inherit their dads bail bonds company. “MaxX” a studio feature about a charming conman who is a good guy doing bad things and the conflict he faces as he gets deeper into trouble. and “Murder Inc” another true story based on the start of organized crime in the 1900’s.

Masini has a great combination: He played hockey for the Junior “A” National Champion Vail Avalanche and worked for his dad on Wall Street before transitioning in tot he world of entertainment. He says it was the background in sport and being and athlete on teams all his life he gained such a passion for collaboration. “You can’t do it by yourself and growing up in sports all my life it was the same way. You are only as strong as your weakest link so you had to do everything in your power to make the team the most powerful well rounded unit. It is the same in the entertainment industry., You need teamwork and balance and people to support you when you are down and pick people up when you are on top. You can’t do it alone and it is really cool when you are on set and everything just hits a synchronistic rhythm. You know no matter what happens you are creating something special and thats what I want to be a part of. Both as an actor and a producer I want to be involved with projects that are well rounded and special and no matter what we do we create something special as a unit”. More on Michael Masini the actor here.